How the ratchet mechanism works 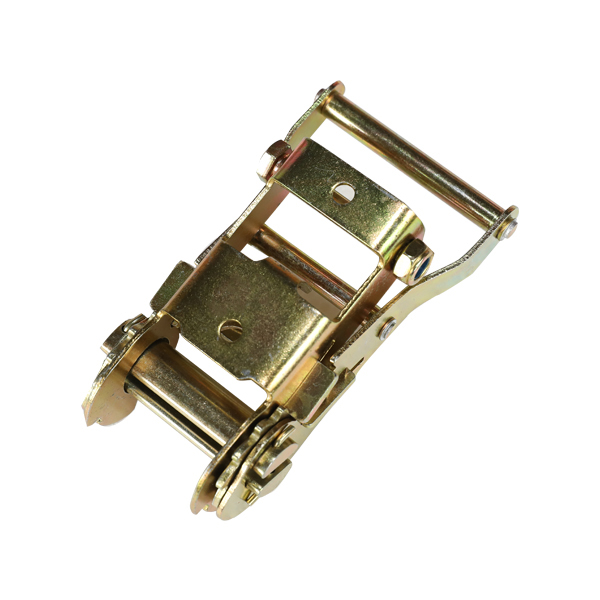 At this time, the non-return pawl slides on the tooth back of the ratchet wheel. When the driving member rotates in the clockwise direction, the non-return pawl prevents the ratchet from rotating in the clockwise direction, while the driving pawl can slide on the back of the ratchet tooth, so the ratchet is stationary at this time. Therefore, when the driving member makes continuous reciprocating swing, the ratchet makes a one-way intermittent movement. When using an electromagnet to directly drive the pawl. The angle the ratchet rotates each time is called the stroke. The size of the stroke can be adjusted by changing the structural parameters of the drive mechanism or the position of the gear cover, or it can be adjusted during operation.

If the adjustment accuracy is desired to be higher than the angle corresponding to a ratchet, a multi-pawl ratchet mechanism can be used. The toothed ratchet mechanism has a simple structure and is convenient to manufacture; the time ratio between movement and stop can be achieved by selecting a suitable drive mechanism. The disadvantage of this mechanism is that the stroke can only be adjusted in stages; the noise, impact and wear are large, so it is not suitable for high speed. The friction type ratchet mechanism uses an eccentric sector wedge to replace the pawl in the tooth type ratchet mechanism, and replaces the ratchet wheel with toothless friction. It is characterized by smooth transmission and no noise; the stroke can be steplessly adjusted. However, due to frictional transmission, slipping will occur. Although it can play a safety protection role, the transmission accuracy is not high. Suitable for occasions with low speed and light load.

PREV: How to clean the white sling with washing powder
When should the round sling be replaced :NEXT